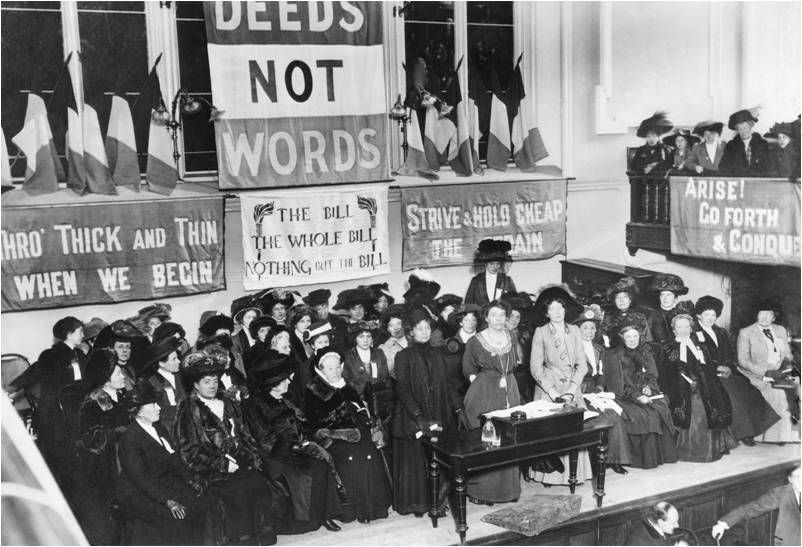 100 years ago today, women won the right to vote when the Representation of the People Act made it onto the statute book. For the first time, women over 30 with property were allowed to vote, although it would take 10 more years for women to be given the vote on equal terms with men.

Today is a moment of celebration for the achievements of the women’s suffrage movement, of the tireless work of Millicent Fawcett, Emmeline Pankhurst – and in Leeds Mary Gawthorpe, Leonora Cohen and others for equal representation and equal rights. 2018 is an immensely exciting year in the women’s movement. I am delighted that there will the first statue of a woman on Parliament Square in the form of Millicent Fawcett, as well as Vote100’s Exhibition ‘Voice and Vote’ and many more events to mark the anniversary. There is also a wonderful exhibition on women’s contribution at Kirkstall’s Abbey House museum.

But if the suffrage movement taught us anything, it is that we should never be satisfied with the crumbs that fall from the table. Gender equality is still far from a reality, and we must constantly push ahead for reform. Whilst huge progress has been made over the last 100 years, women still only make up a third of the House of Commons, despite being half of the population. Women continue to face discrimination and sexism in all walks of life, within business, science, the arts, journalism and politics. And abuse and violence of women continues to be used as a method of intimidation and silencing of our voices, both online through social media and in real life, as was seen by the tragic murder of my friend, Jo Cox, in 2016. If we have learnt anything from the suffragists and suffragettes, it is that in the face of such attempts to silence us, we must make our voices louder both individually and collectively. There will be many words of celebration and rhetoric today, but we must also remember to follow through, as Emmeline Pankhurst said with Deeds not Words.