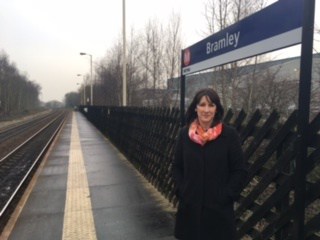 Read my reaction to Chris Grayling comments on transportation in the North below:

The ill-judged comments of Transport Secretary Chris Grayling about transport in the North are dangerous, damaging and hypocritical.

He talked about how political leaders in the North should “take control” of our transport system when he knows full well that continued Government support, as well as any initial investment from central Government, is critical to a successful transport system.

When it comes to his vague talk of investment, all we have seen from the Transport Secretary recently are announcements about scrapping the planned electrification of railway lines in the North, as well as in Wales and the Midlands.

Despite all the old promises from ex-Chancellor George Osborne this week about keeping his Northern Powerhouse dream alive, the current Government are starving the region of the investment we need to create jobs and growth.

Yet, Grayling is still pressing ahead with plans to boost transport infrastructure and help commuters in London and his South East constituency by renewing his backing for Crossrail 2 -; a new link across London -; before Crossrail 1 is even up and running.

When it came to his own backyard in the South East, Grayling blocked the capital’s Labour Mayor, Sadiq Khan, taking over some poorly-run suburban rail services.

But, with breath-taking hypocrisy, he is talking about giving Labour politicians control over services in the North -; the same services he refuses to support with central Government investment.

Grayling is only concerned with one thing and that’s cutting investment, especially investment in the North where Government help is needed far more than in the capital.

His transport strategy is nothing of the sort. He is betraying the legacy of his own predecessors, like George Osborne, who recognised the need to support more investment in key rail projects and other transport schemes in the region.

Worse still, Grayling’s comments are damaging to the prospects of future private and public sector investment in Leeds and across the North.

His remarks will also be a bitter blow to political and business leaders who are working with investors in the private sector to help grow the economy in Leeds.

The Transport Secretary’s decision to abdicate responsibility for transport in the North and starve the region of the funds needed to create a successful transport network is damaging and potentially dangerous.

His refusal to seek consensus and work with local political leaders threatens to damage our local economy and deter future investors. Just because he and his Government have run out of steam and ideas, I won’t give up fighting to help improve public transport in Leeds and across the North.