Alongside my colleague, Seema Kennedy MP, I’ve recently written for Age UK about how, by working together, we can combat loneliness. 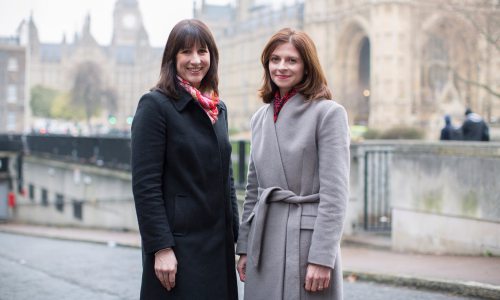 Jo Cox was a doer. She became an MP to change things. She was driven by compassion and a clear sense of right and wrong which led her to get involved in a number of issues in parliament and beyond which sat above party politics: from the plight of civilians caught up in the Syrian conflict to the lonely lives of some of her constituents in Batley and Spen in Yorkshire.

Jo was in the middle of setting up a project to combat loneliness at the time of her murder last June. Jo’s ambition for the Commission was to ‘turbo-charge’ public awareness of loneliness. She wanted us as a society to understand more about the extent of loneliness and then, together to do something about it in our communities, as employers and through greater political leadership. Jo’s view was that it was simply unacceptable how many older people in her constituency would go days without seeing anyone.

The survey published this week by Gransnet explains that well over half of lonely Gransnet users have never spoken to anyone about their loneliness. This backs up research published by Age UK which shows that 1.2 million older people are chronically lonely and half a million people over 60 usually spend every day alone.  This tells us we still have a way to go in understanding the extent of loneliness and addressing the stigma that prevents people from talking about it.

We feel privileged to be chairing the Jo Cox Commission on Loneliness and continuing the work of our colleague Jo.  The two of us see so many people affected by loneliness in our constituencies and the wonderful work by charities and individuals to combat it. The Commission partners all independently carry out research, develop policy and run projects which aim to help people experiencing loneliness. But together as the commission we hope to be greater than the sum of our parts#hap

Throughout this year our Commission partners will be taking turns to shine a light on different groups in society affected by loneliness and what we can do to help them. We’re delighted that Age UK, along with Independent Age, British Red Cross, Campaign to End Loneliness, Royal Voluntary Service, Alzheimer’s Society, the Eden Project and The Silver Line, will be working throughout March and April to highlight just how devastating loneliness can be for older people.  We want to encourage as many people as possible to ‘start a conversation’ about loneliness and understand that loneliness in later life is not inevitable. You can find out more about our plans here: https://www.jocoxloneliness.org/