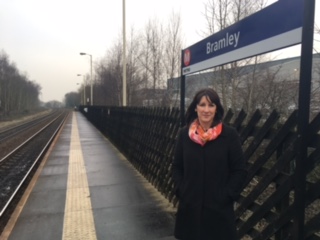 I am launching two surveys to ask local people about what they want to see improved on public transport in Leeds.

There are four local stations in the Leeds West constituency: Burley Park, Headingley, Bramley and Kirkstall Forge, that all serve Leeds station and other destinations in Yorkshire and the north. With extensive bus routes across the constituency, Leeds West has some of the highest recorded bus usage in Yorkshire and are an integral part of how local people get around. The information from the surveys will be used to argue for improvements in transport here in Leeds West.

I welcomed the recent consultation by Leeds City Council that asked what local people wanted to see changed and improved in how we move around Leeds. After writing to the Council and West Yorkshire Combined Authority to raise points that have previously been a matter of concern in the area, I feel that more local people should get a direct voice on what could be improved in the near future while a bigger plan is put together. I hope this will compliment what Leeds City Council and West Yorkshire Combined Authority are already doing and ensure that investment that goes into Leeds West over the next few months and years will be help as many people as possible.

When the survey ends on Friday 17 March, I will look at the returns closely so we can then make a decision as a local community on what the priorities should be in Leeds West for improving public transport.

You can fill in the two surveys below by clicking on these links: