New research shows that many people are not aware of the help that is available when it comes to energy bills. If you are struggling, seek expert advice.

Last week, I had a productive meeting with representatives from British Gas, finding out more about Debt Awareness Week and some of the volunteering that they do in Armley and Leeds West. 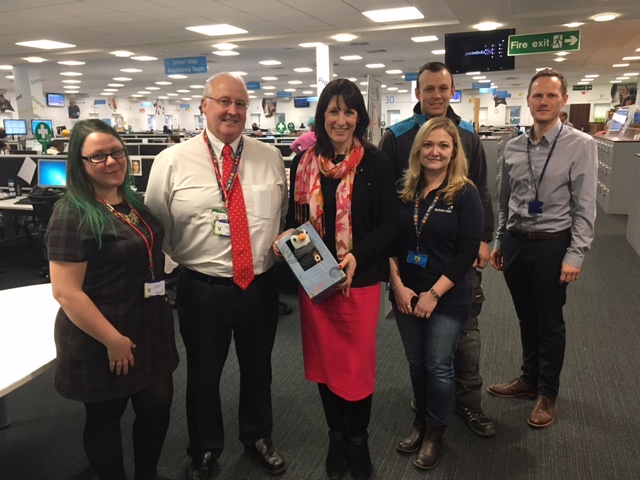 Leading debt charity Christians Against Poverty has warned that spiraling personal debt can negatively affect all areas of a person’s life causing loss of sleep, putting a strain on relationships, leading to poor physical and mental health – and even risking their home and livelihood.

Seeking help sooner rather than allowing debt problems to develop and escalate is the best way to reduce these negative consequences, says the charity.

But new research from British Gas has revealed that many people simply don’t know where to turn for help.

While two thirds of people said they would speak to family members or their energy company to get help with energy debt, a third of those surveyed said they wouldn’t speak to anyone at all if they were in financial difficulty.

Just 46% of respondents said they would contact their energy company after 1-3 months if they were in financial difficulty. But 29% said they didn’t know how to find out about help.

This time of year can financially difficult time for many so I’d strongly advise anyone who is worried about their energy bills to get help and advice -; by calling their energy supplier or seeking help from a debt counselling charity such as Christians Against Poverty.

There is lots of help out there -; so there’s no need to feel alone or let bills build up.

Christians Against Poverty (CAP) offer face-to-face support at home while negotiating with creditors on behalf of their client. The charity helps everyone for free, regardless of age, gender, faith or background. Its helpline can be reached on 0800 328 0006.

In addition to its partnerships with Christians Against Poverty and Step-Change, British Gas offers direct help to customers who are having difficulty paying their bills, with interest-free debt repayment plans. In 2016, some 105,000 people were offered assistance in this way.

The supplier also makes referrals to the British Gas Energy Trust (BGET) which has invested £85m since its foundation in 2004, helping 175,000 people with debt problems through grants and expert advice. In some cases, BGET will clear a customer’s arrears completely.

British Gas advisers will also check to see whether a customer is eligible for grants such as the Warm Home Discount, and offer access to energy-saving measures. And British Gas has registered 1.5m of its customers on the Priority Service Register, which offers additional help for disabled or chronically ill customers and those of pensionable age. To find out more, call 0800 048 0404.