Public Meetings: Save Our Libraries 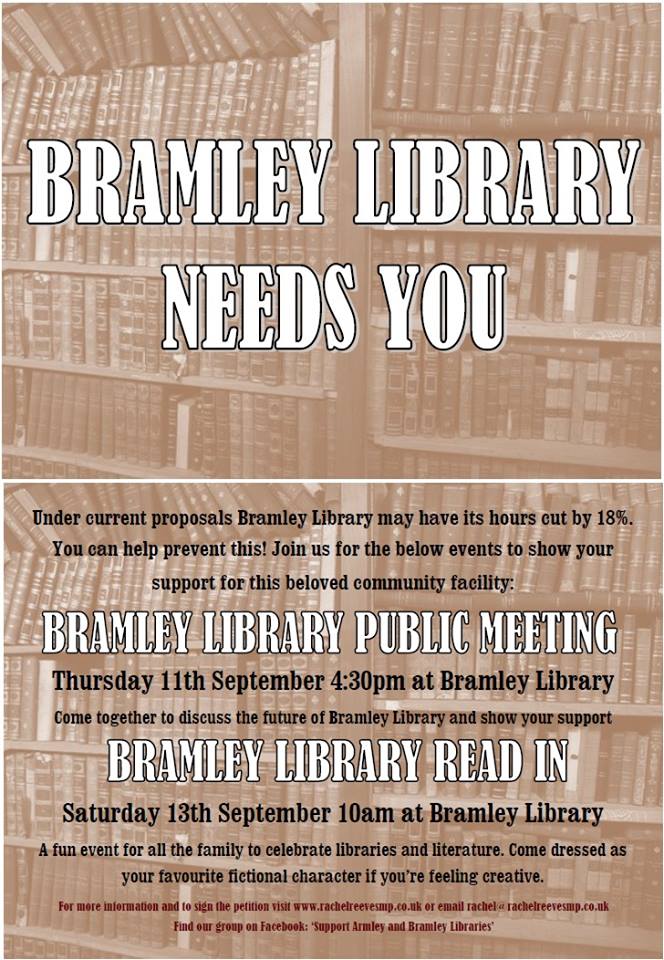 After collecting hundreds of petition signatures opposing the proposed reduction in opening hours at Armley and Bramley Libraries, Rachel invites you have your say at two public meetings this month.

Council officers responsible for libraries in Leeds will be there to hear your views about the recent consultation, and what the future holds for Armley and Bramley’s libraries. It will be great opportunity to meet as a community and have a discussion about these valuable community assets.

Rachel said, ‘I’ve been talking to people in Armley and Bramley about the proposed reduction in hours at the libraries and I am delighted at the support given for these important community hubs. I look forward to meeting with local residents at both meetings, and having a discussion about the future of our libraries.’ 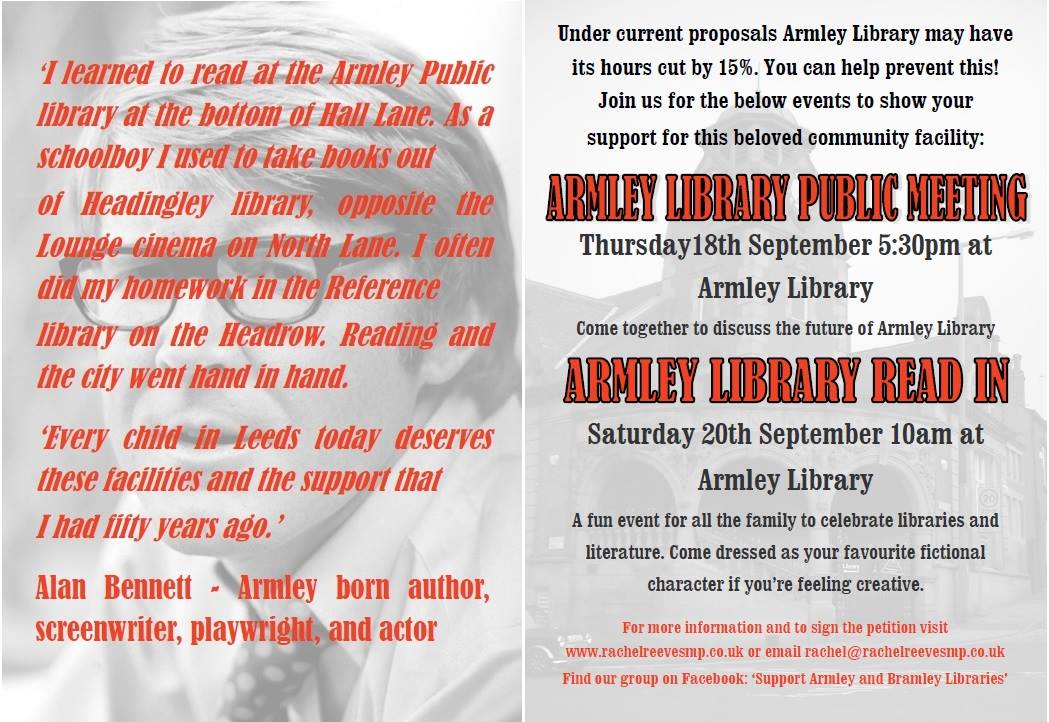