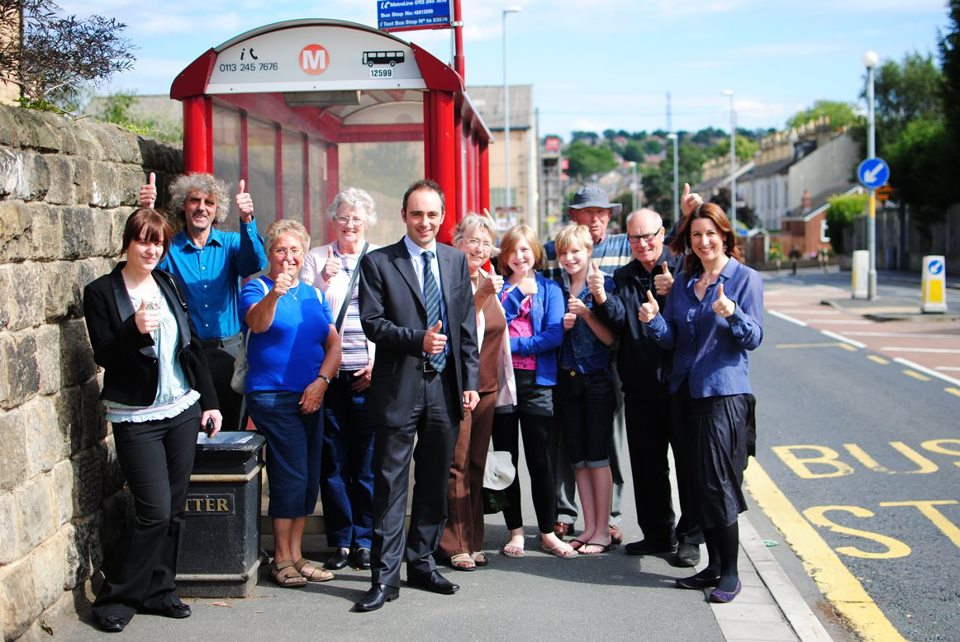 After a long fought campaign by local residents regarding the infrequency of bus services between Rodley and Bramley, First have agreed to trial an increase of the number 86 service, doubling the number of buses that will pass through Rodley during the middle of the day from September.

Rachel Reeves MP, who spearheaded the campaign, met on Thursday with local residents and representatives from Rodley Nature Reserve, who have long campaigned for a better service. They were joined by Ben Gilligan, Operations Director for First in West Yorkshire and Brandon Jones Regional Sales, Marketing & Customer Services Manager, who made these changes possible.

“We are delighted to work in partnership with Ms Reeves, Metro and the local community to trial these extra journeys on the Rodley 86 service.

“We look forward to welcoming more passengers on board and hope that enough people use the service to ensure the trial becomes a more permanent arrangement.”

“Rodley has no doctors, chemists, banks or Post Offices, so we rely on the bus service to Bramley for many things. The new service is a great improvement but there’s still scope for improvement, especially in the mornings and late afternoons.”

“Improving the bus service will bring the Nature Reserve within reach of a great many more people, especially the elderly and people with disabilities. The improved service is an important step in the right direction”

“I’m really pleased to be able to announce a success for my Bramley-Rodley bus campaign. Months ago, spurred on by letters from Rodley residents, I put together a petition and submitted it to First Buses. After several months of talks, they’ve agreed to double the number of buses between Bramley and Rodley in the daytime.

It’s a great result for us, and although there are still improvements to be made, I hope that the local residents enjoy their new, improved service.”