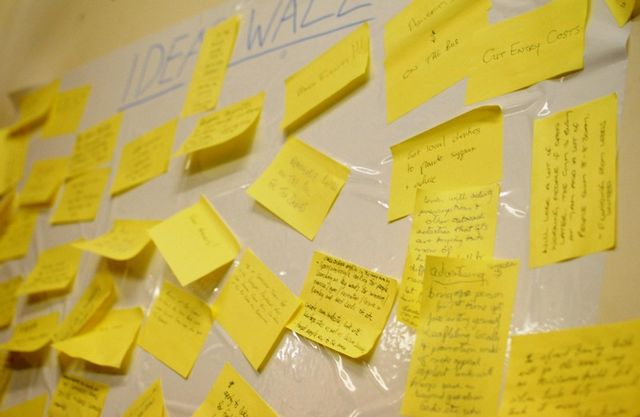 During the meeting the panel explained why Leeds City Council was no longer in a financial position to be able to continue running the Baths at full time opening hours, due to the cuts imposed on Leeds City Council by the government, and how a potential Community Asset Transfer could be the only way to save Bramley Baths in the long term.

Mark Law discussed other pools that had successfully undergone a Community Asset Transfer, such as the Jesmond Community Pool in Newcastle and Camberwell Baths in London and what new services they have provided to their communities. Mark explained that if run differently and marketed properly Bramley Baths could be a success story as a pool in community ownership and the residents of Bramley would be able to save this valuable piece of local history.

There was an extensive Q&A session where residents questioned the panel on issues concerning how a CAT would work, what the process would involve and if it would be sustainable. Although a few attendees were opposed to any alternative outside of Council ownership, the majority voted to investigate all the options available that could potentially save Bramley Baths, including a CAT. At least 20 local people volunteered to get more involved and become part of a working group to explore these options and to move this process forward.

There was also an ‘ideas wall’, on which people were invited to place suggestions on how to improve the Baths and make it sustainable for the future. The wall was covered with ideas by the end of the meeting and suggestions.

‘It was fabulous to see so many people at the meeting, the strength of community feeling towards the Bramley Baths campaign has been phenomenal and the turn-out at the meeting reflected this. I am glad that so many people came to put forward their ideas and suggestions and these will all be given serious consideration.

I was pleased to see how many people were keen to explore the possibility of a Community Asset Transfer and delighted that so many people volunteered to be a part of this process. I know that some people are frustrated that the Council cannot simply continue to run the Baths at the current opening hours and don’t want to see any other route pursued but, as was explained at the meeting, this is unfortunately no longer a option. The Council simply do not have the funding available to keep running the Baths full-time, due to the budget cuts imposed on them from central government. Of course, it would be ideal if the Baths could remain open full-time under Council control but this is just not the situation that we are currently in and if we don’t look at the alternative options Bramley Baths would be unlikely to survive.’