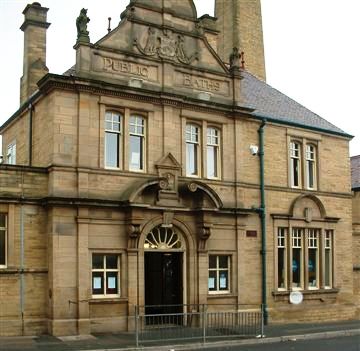 The threat of reduced opening hours at Bramley Baths has gained respite with local councillors agreeing £37,800 in funds to finance the Baths to stay open an extra 20 hours a week than originally planned from September. This will mean that the Baths will be open for 49 hours per week until March 2012.

However, the long term future of the Baths is still in doubt and Rachel is working towards a solution that will allow the Baths to still remain open full-time when this current funding runs out, including the possibility of the Baths transferring into community ownership, and Leeds City Council faces the difficulty of fresh budget cuts imposed upon them by the government next year.

Rachel is working with local film company Interplay Leeds, who are currently making a short film about the history of the Baths and its importance to the local community, and has spoken to representatives from many local swimming organisations who have also pledged their support and encouragement. Rachel commented,

“It is important to keep the issue of Bramley Baths on the agenda and encourage people to continue using the Baths, this is especially important if a community asset transfer does take place to ensure that it is a success.

I will be continuing to fight to keep the Baths open for the community for many years to come. It would be devastating for Bramley if this historic and much loved facility were to close.”

Richard Overbury, Secretary of the Leeds Branch of the British Sub-Aqua Club commented on the potential future reduction of hours at the Baths that,

“The proposals do sadden me as, if followed through, they are bound to have an impact upon school swimming lessons. It is important that youngsters learn to swim at an early age. Not only is swimming an enjoyable pastime in itself, but it also contributes to general fitness and good health.

Moreover, the ability to swim can be a lifesaver. I say this from experience since I would have drowned twice over as a child if I hadn’t been able to swim. In addition, being able to swim leads onto other valuable water-based activities such as wind-surfing, canoeing and, of course, scuba-diving. ”

Rachel is planning a series of events over the next few months to keep the Bramley Baths campaign in the spotlight, including a sponsored swim at the Baths involving local schoolchildren and a public meeting for local residents. Details to follow.