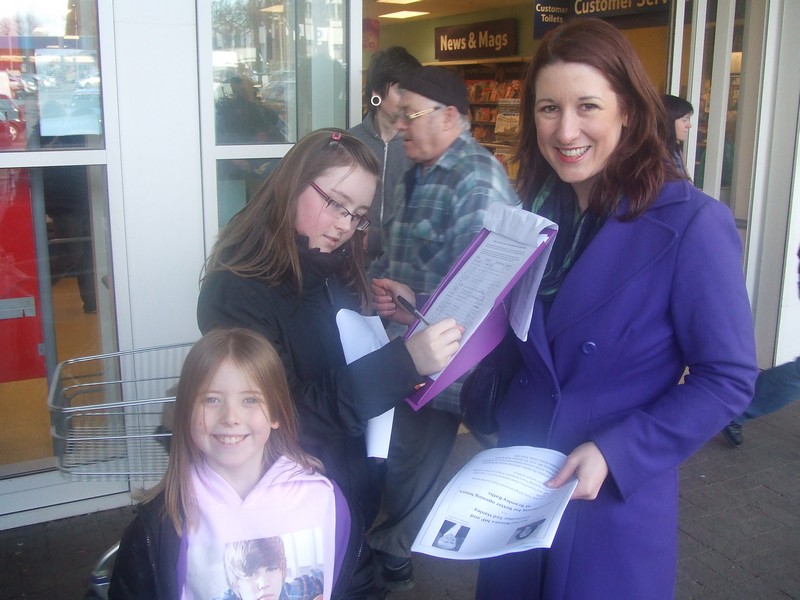 Because of the Tory-led government’s cuts, the Council is proposing to reduce the opening hours at Bramley Baths. Rachel and local Councillors have lobbied hard to keep it open, but current proposals are for reduced hours during the day.

Rachel and local Councillors, including Ted Hanley, are campaigning hard for better opening hours at the historic facility. They were at Tesco this week, and collected hundreds of signatures.