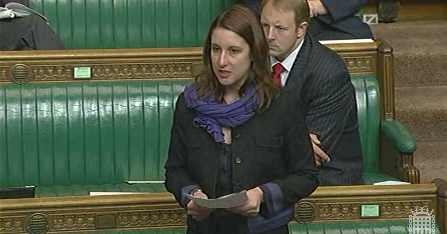 Rachel expressed disappointment in the House of Commons today at the decision of the Department for Transport’s decision on the Kirkstall Forge development.

Despite recognising that the scheme offered value for money, Philip Hammond, Secretary of State for Transport, announced that Kirkstall Forge would be sent back to the the local authority for them to ‘sharpen their pencils’ and find more savings.

The station, backed with large amounts of private sector money, has been given the green light by West Yorkshire Metro and Leeds City Council. It is backed by Leeds MPs and Councillors across parties.

Rachel said: “Kirkstall Forge railway station offers genuine value for money, and a quality public transport option for residents in West Leeds and across West Yorkshire. With £4m pledged by developers, and enthusiastic cross-party support the station should have been a sure thing.

“When I questioned the Transport Minister on the reasons for his decision he mentioned the funding for the southern entrance to Leeds railway station -; a decision which has no impact on passengers in Leeds West. Without a station at Kirkstall Forge many must still rely on an outdated, inefficient bus network and gridlocked roads if they are to travel around the city.

“With a huge contribution from developers the scheme offers value for money and a green alternative, as well as 2,400 new jobs and 1,100 new homes for the west of the city.”