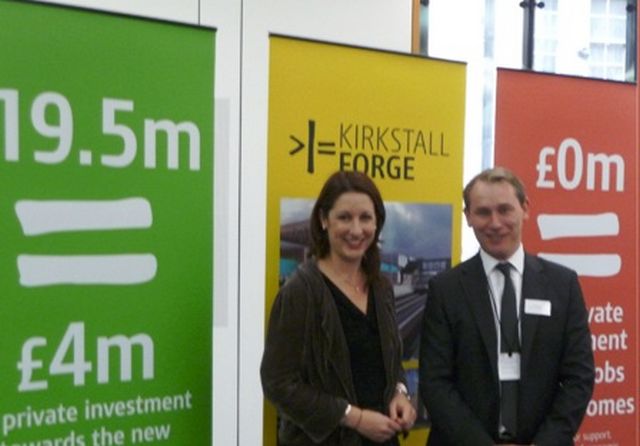 Rachel today hosted a reception in the House of Commons outlining the widespread support for a railway station at Kirkstall Forge.

Rachel spoke to MPs, and members of the Transport Select Committee about the scheme, which promises to deliver the first railway station in Leeds in twenty years, should not be a target for government spending cuts.

As part of a development of over 1,000 homes and significant offices, the economic impact on the West of Leeds could be huge. With £4m of private investment to support the station itself, there is a strong case to argue that this government should not axe the scheme.

The reception was featured in today’s Yorkshire Evening Post – and follows a petition opened by Rachel in support of the station – to sign your support email rreevesmp@gmail.com with ‘Kirkstall Forge’ in the subject header today!