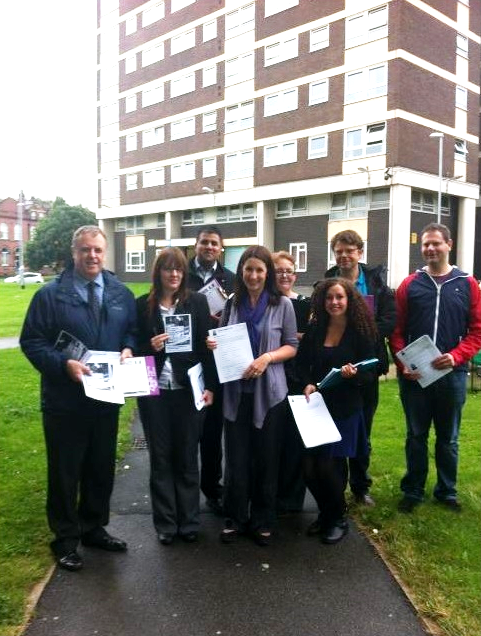 As reported in the Yorkshire Evening Post today work is underway to replace the faulty lifts at both The Heights West and The Heights East high-rise flats in Leeds West.

News of the improvements comes following the completion of Rachel’s high-rise flats survey, which was conducted across all 28 high-rise blocks in Leeds West. As previously reported, the faulty lifts were identified as a major problem in these blocks, leaving disabled residents such as Brendan Nelson housebound.

Rachel commented that she hopes this is just the start of a series of improvements to address the many issues highlighted in the high-rise surveys, which included anti-social behaviour and disrepair, “I am very pleased to see that they results of my survey are being taken seriously.

“I will continue to monitor this situation to ensure that construction of the new lifts stays within its 11 month timescale and that residents are not seriously disrupted.

“Obviously this is only a small step, considering the great number of problems my survey identified but I feel it is an important move in the right direction and I hope that West North West Homes continues to make improvements such as this.”