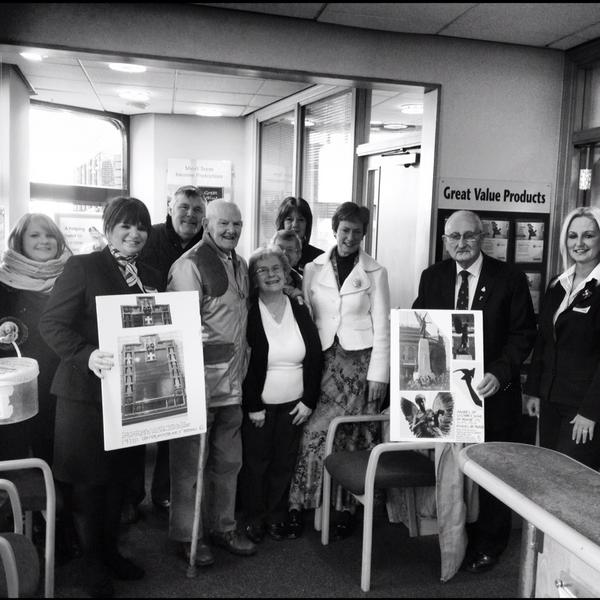 Yesterday the Friends of Bramley War Memorial held a coffee morning at the Leeds Building Society to raise funds for the proposed war memorial. Many people have been calling for a war memorial for Bramley for a number of years, and the search for funding is now officially underway.

It is expected that the memorial could cost up to £100,000, but the group are confident that they will be able to raise enough money for such a worthwhile cause. Staff at the Leeds Building Society in Armley have already held their own collection and have contributed a generous amount to the project.

Discussions are ongoing regarding the site and design of the memorial but many Bramley residents have expressed a keen interest to have the memorial in Bramley Park.

‘I am really pleased with the work the Bramley War Memorial group are doing. People I have spoken to are really keen and believe the servicemen and women from the area should be honoured, as they are in other local towns like Kirkstall, Pudsey and Farsley, who all have memorials’