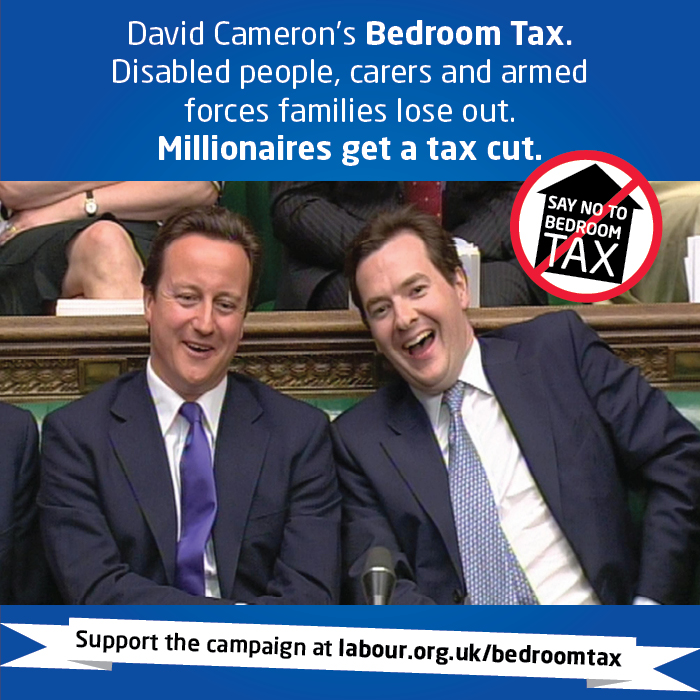 The Bedroom Tax will hit 660,000 households, two thirds of them home to someone with a disability at exactly the same time as the government gives a massive £100,000 tax cut to 13,000 millionaires.

“David Cameron’s Bedroom Tax will hammer families in Leeds West already struggling to make ends meet, and could actually risk costing local tax-payers a fortune in higher private rents and covering the cost of driving people out of their homes.

“Two thirds of the households hit are home to someone with a disability, and the families of soldiers and foster parents will also be hit. Yet at the same time prisoners get off and millionaires are getting a massive tax cut. How can that be right?”

“David Cameron’s April tax plan is simply not fair. From next month, 13,000 millionaires are getting a tax cut worth £100,000 a year on average while over 600,000 armed forces families, disabled people and foster carers have to find £728 a year to pay a new bedroom tax.

“Yet the plan is such a shambles that someone who’s been to prison on a short sentence won’t have to pay. How unfair is that? Millionaires and prisoners are looked after but vulnerable people, carers and armed forces families get hit.

“Labour plan relentless pressure on this out of touch government until Ministers see sense, admit this policy is totally unfair and think again.”

Visit the Labour Party Campaign Engine Room to sign the petition to scrap the Bedroom Tax.